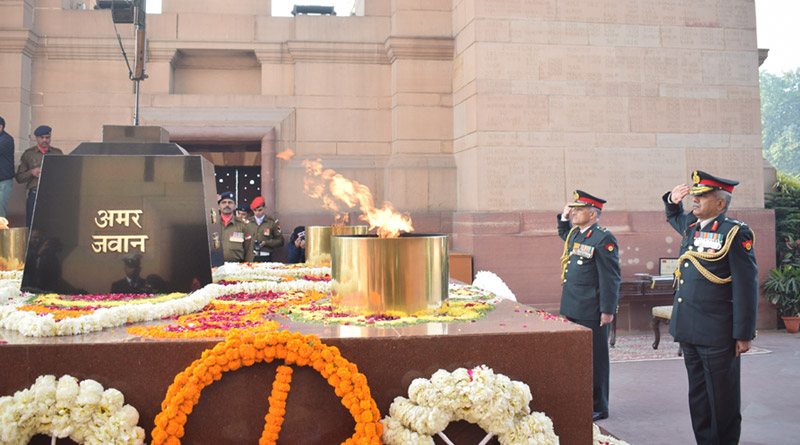 Indian Army’s Air Defence Corps celebrated the Silver Jubilee of its raising on January 10. To mark the occasion, a Wreath Laying Ceremony was held at the Amar Jawan Jyoti at India Gate, New Delhi.


The Corps of Army Air Defence is the youngest arm of Indian Army. The Corps has proved its mettle in various wars, counter insurgency operations and nation building tasks.

Army Air Defence has dedicated itself to the service of the nation with its motto of “Akashe Shatrun Jahi” with a film resolve to keep Indian skies free from the fear of enemy intrusions.

The Corps is undergoing a massive modernisation programme to act as a potent force in years to come. The Corps of Army Air Defence will also soon get new Igla-S VSHORADS systems to help keep Indian skies free from threats.