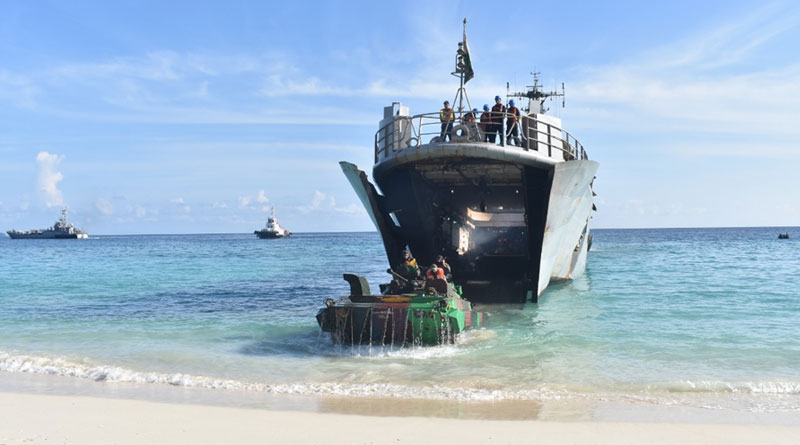 The three service components of the ANC, elements of the Indian Army’s Parachute Brigade, MARCOS (Marine Commando Force) and Special Forces. The aim of the exercise was of building synergy among the three services.


The report further added, “As part of the exercise, troops of the Army, Navy and Air Force of the ANC were mobilised for amphibious landing, in close coordination with the para drop (parachute drop) of Special Forces, the officials said.”

The troops carried out ground based manoeuvres, tactics and procedures for joint operations in the Andaman and Nicobar Islands. Search and Rescue (SAR) and medical evacuation procedures were also practiced.