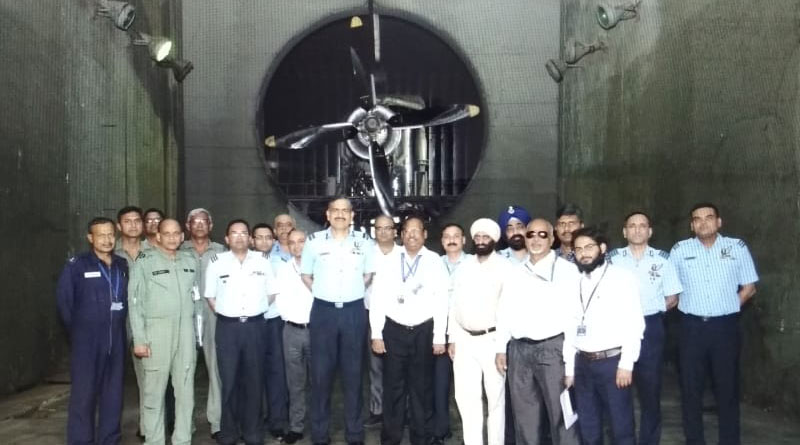 After a series of evaluation tests and trials with this indigenous green aviation fuel for the last one year, AN-32 has been formally allowed to use it at 10% bio-jet fuel

The IAF’s formidable workhorse, the Russian made AN-32 aircraft was formally fleet certified to fly on blended aviation fuel containing up to 10% of indigenous bio-jet fuel on May 24. The IAF statement said the approval certificate was received at the aero-engine test facilities at Chandigarh by Air Commodore Sanjiv Ghuratia VSM, Air Officer Commanding, 3 BRD, AF on behalf of the IAF from the chief executive CEMILAC, P Jayapal.

The IAF has undertaken a series of evaluation tests and trials with this green aviation fuel for the last one year. The scope of these checks was in consonance with the international aviation standards. The Indian Air Force statement said the May 24 approval was an acknowledgement of the meticulous testing using the indigenous bio-jet fuel by the IAF.


The indigenous bio-jet fuel was first produced by the CSIR-IIP lab at Dehradun in 2013, but could not be tested or certified for commercial use on aircraft due to lack of test facilities in the civil aviation sector. On 27 July 2018, Chief of the Air Staff Air Chief Marshal BS Dhanoa PVSM AVSM YSM VM ADC had formally announced IAF’s intention to permit the use of all its resources for testing and certifying the indigenous fuel. Since then, IAF’s flight test crew and engineers have been evaluating the performance of this fuel against international standards. This is a huge step in promoting the ‘Make in India’ mission as this bio-fuel would be produced from Tree Borne Oils (TBOs) sourced from tribal areas and farmers, augmenting their income substantially, said the IAF statement.