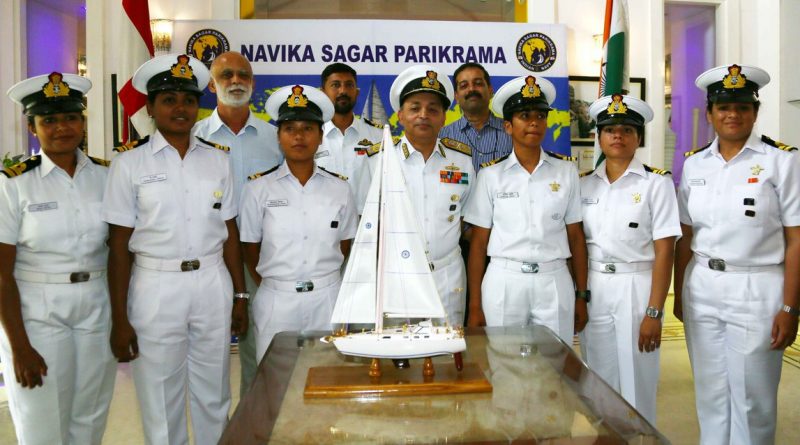 The expedition, titled ‘Navika Sagar Parikrama’ will begin later this month from Goa

A team of six women naval officers will be circumnavigating the globe, making them the first military crew from India to do so. The expedition, titled ‘Navika Sagar Parikrama’ will begin later this month from Goa and will conclude in 2018. The expedition will be covered in five legs with the Pacific leg being the longest. The crew will stop and replenish their supplies at Fremantle (Australia), Lyttleton (New Zealand), Port Stanley (Falklands) and Cape Town (South Africa).

Two Indian Navy officers, Captain Dilip Donde (retd) and Commander Abhilash Tomy, completed solo circumnavigation on INSV Mhadei in 2009-10 and 2012-13, with the latter doing it non-stop. Both have mentored the six women who have been in the navy for five to seven years. Captained by Lieutenant Commander Vartika Joshi, other crew members are Lieutenant Commanders Pratibha Jamwal and P Swathi and Lieutenants S Vijaya Devi, B Aishwarya and Payal Gupta.

“We will carry all sources of entertainment with us, books and DVDs to keep us occupied,” said Lt Cdr Joshi, when asked about the ways to fight boredom on the high seas during the eight-month journey.

With regard to safety measures, Vice-Admiral A.K. Chawla, Navy’s chief of personnel, said “There are enough communication and emergency systems on board. In addition all major Navies do patrols. Our aircraft on routine patrols would also swing by to pass over their location.”