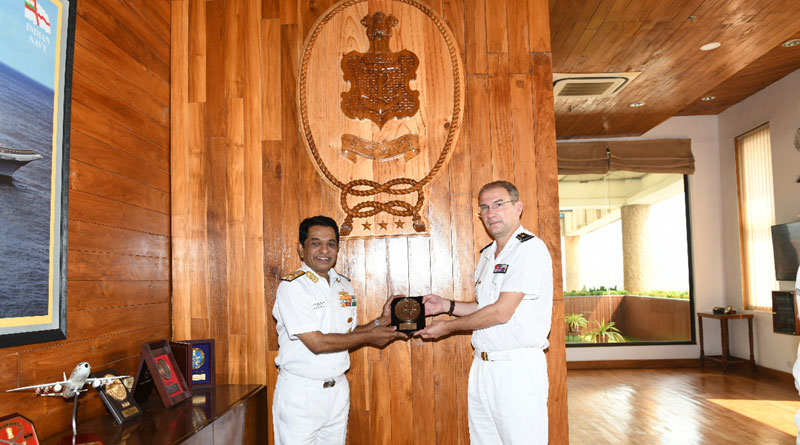 During the visit at Mumbai, ALINDIEN interacted with Vice Admiral Ajit Kumar, the Flag Officer Commanding-in-Chief, and other senior officers of HQWNC. A wreath was laid at Gaurav Stambh by the ALINDIEN. He also visited the newly constructed Aircraft Carrier Dock at the Naval Dockyard Mumbai and Mazagon Dock Limited where he interacted with shipbuilders and French companies involved in construction of the ongoing Scorpene submarine project.

India and France are party to a Bilateral Maritime Security dialogue which is conducted annually since 2015. Interaction between the Indian Navy and the French Navy has, over the years, nurtured into a strong partnership based on mutual interests. Naval Cooperation has progressed most encouragingly in recent years and the increasing scale of operational interaction is indicative of a growing understanding between the two navies and the same is reflected in regular conduct of exercise Varuna, goodwill visits by ships and high level delegations from both sides. Both navies are committed towards ensuring Maritime Security in the Indian Ocean Region.