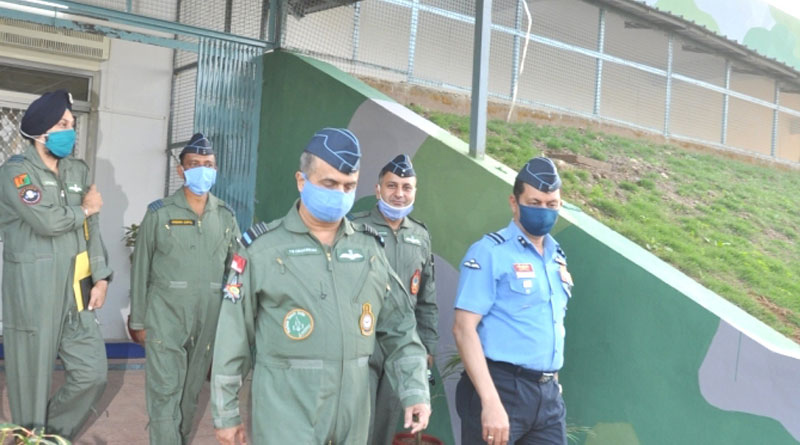 On his arrival at the base in Jammu, he was received by Air Commodore Ajay Singh Pathania VSM, Air Officer Commanding, Air Force Station Jammu, who apprised him of the operational readiness of the base and its ability to undertake the assigned operational tasks under their command.


A statement from the Indian Air Force said that the AOC-in-C also met and  interacted with air warriors of the station and its lodger units during the course of his visit. He lauded the focussed efforts put in by the station in maintaining proficiency in all roles envisaged and urged them to continue performing their duty with due diligence.