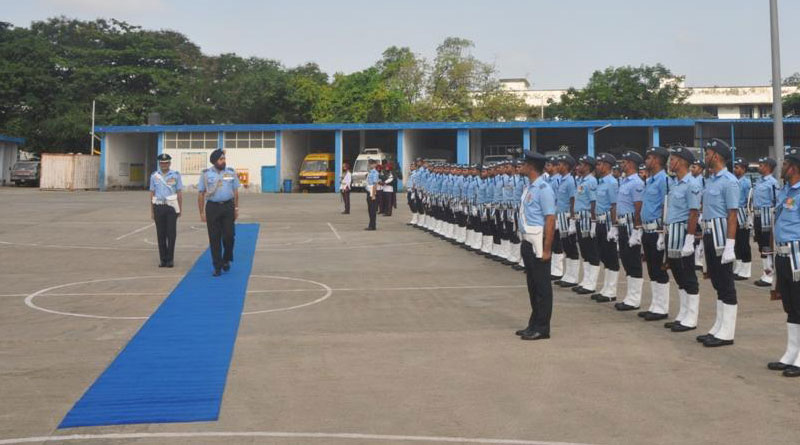 The AOC-in-C was briefed and updated on the current operational situation, prevailing security scenario and preparedness of the station


The Air Marshal received the customary Guard of Honour comprising of officers and airmen from various units of the station. During the visit, the AOC-in-C was briefed and updated on the current operational situation, prevailing security scenario and preparedness of the station. He inspected various operational installations and appreciated the crucial role played by the station personnel. During the course of the visit, AOC-in-C visited 121 helicopter flight, operational readiness platforms, lodger units and other vital installations.

The Air Marshal appreciated the efforts put in by all aircrew and supporting staff in undertaking joint operational training with National Security Guard in Mumbai AOR. He also appreciated the station’s readiness to undertake critical missions like air sea search and rescue, helicopter logistic support to off shore oil platforms and rooftop slithering ops at high rise buildings like RBI and Hilton hotel. During his interaction with the station personnel, he appreciated the commitment, sense of purpose and quality of work displayed by them in ensuring high operational preparedness of all the units. He also emphasised on the need to focus on operational activities and progress made towards infrastructural development in the station.