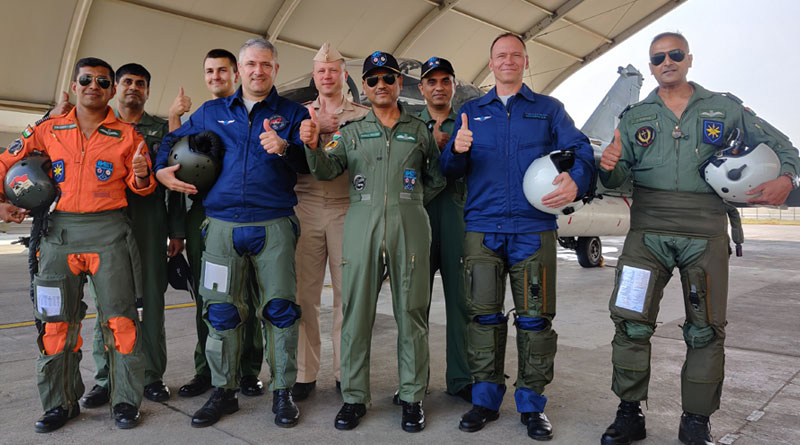 The Air Force phase of the exercise Indra, being conducted from 10-20 December, began in Pune, Gwalior, Banina and Goa

Exercise INDRA – 2019 is the second edition of Joint Tri-Services Exercise between Indian and Russian Armed Forces which is being conducted from
10-20 December 2019 simultaneously at Pune and Gwalior for Air Force elements.

IAF is undertaking service specific and joint missions during the exercise. Russian Federation Air Force (RFAF) element is participating in the exercise along with IAF counterparts.

“The broad theme for the exercise is to organise a Joint Task Force for undertaking planning and execution of air operations for eliminating terrorists at the request of the third country under UN mandate. However, combined missions between IAF and RFAF would also be undertaken for enriching experience and maximising training value in terms of interoperability,” an IAF statement said on December 16.


The INDRA exercises are being regularly held since 2003, initially being
a bilateral single service exercise between India and Russia. The first-ever Joint Tri-Services Exercise was held in the Eastern Military District of Russia in October 2017. This year IAF has fielded Su-30MKI, Jaguar, MI-17 helicopters, Airborne Warning & Control System aircraft and Garuds of IAF are participating in the exercise.

“Tri-Services Ex INDRA-2019 will further strengthen mutual confidence, interoperability and enable sharing of best practices between the Armed Forces of both countries. The exercise show cases the long-standing bond of India and Russia friendship,” the IAF statement added.