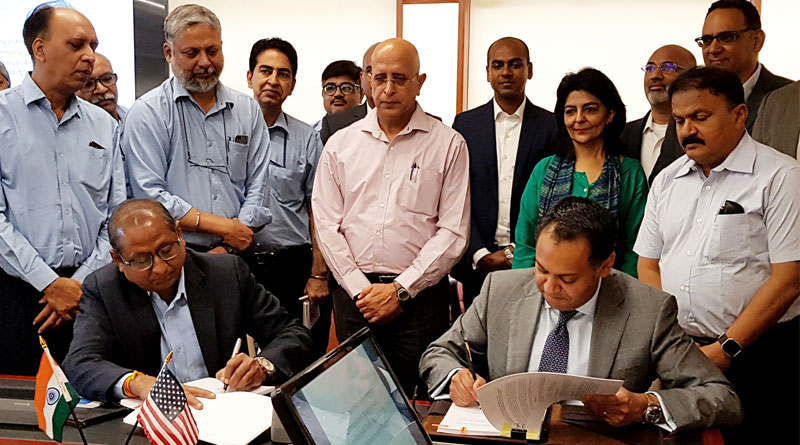 Boeing and the Airports Authority of India (AAI) have signed a technical assistance agreement for developing a comprehensive 10-year Communication, Navigation and Surveillance/Air Traffic Management (CNS/ATM) modernisation roadmap for India, undertaken with a grant from the US Trade and Development Agency (USTDA), the leading global aerospace company announced on June 4.

The company statement said the objective is to develop a roadmap for AAI to use as guidance in the modernisation of the Indian National Airspace System (NAS) based on global and local best practices to optimally utilise airspace capacity, enhance communications and invest in navigation, surveillance and air traffic management.

“The implementation of modern technologies and global practices will allow India to increase its airspace capacity significantly by improving communications, enabling flexible use of airspace and allowing the safe processing of additional flights using air navigation infrastructure for smoother and more efficient skies in India” said the Chairman, Airports Authority of India, Guruprasad Mohapatra.


“India is experiencing unprecedented growth in civil aviation. With this kind of growth comes the need for safe and efficient aircraft operations, as well as improving the airport infrastructure, said Salil Gupte, president, of Boeing in India. “This is a proud moment for Boeing to be partnering with the Airports Authority of India to enable the continued growth of India’s aerospace industry. We also thank USTDA who has been a catalyst in furthering this project.

U.S. Ambassador to India, Kenneth I. Juster, also expressed his optimism over the development saying “This agreement between the Airports Authority of India and Boeing is a significant step in furthering collaboration on aviation between the two countries,”.

“We look forward to such opportunities, where both countries can utilise their expertise and innovation, to develop blueprints for cutting-edge technologies for the future,” Kenneth added.

Boeing said it will analyse the current technologies and processes to identify efficiency improvements that can be implemented while maintaining a practical and safe airspace system. As part of the project, the company will also work closely with the Directorate General of Civil Aviation (DGCA), airlines operating in India, airport operators and other airspace stakeholders like the US-India Aviation Cooperation Program (ACP).

On the home front, India is taking a number of steps on its own to modernise its ATM. The Airports Authority of India (AAI), along with the Indian Space Research Organization (ISRO), have implemented the GPS Aided Geo Augmented Navigation-GAGAN project as a Satellite Based Augmentation System (SBAS) for the Indian Airspace. The system is inter-operable with other international SBAS systems like US-WAAS, European EGNOS, and Japanese MSAS etc. GAGAN Payload is already operational through GSAT-8 and GSAT-10 satellites. The third GAGAN payload will be carried onboard GSAT-15 satellite which is scheduled for launch this year.